"They said i would never make it up the CORPORATE ladder, so i decided to build my own ladder instead"
- Junior Ogunyemi 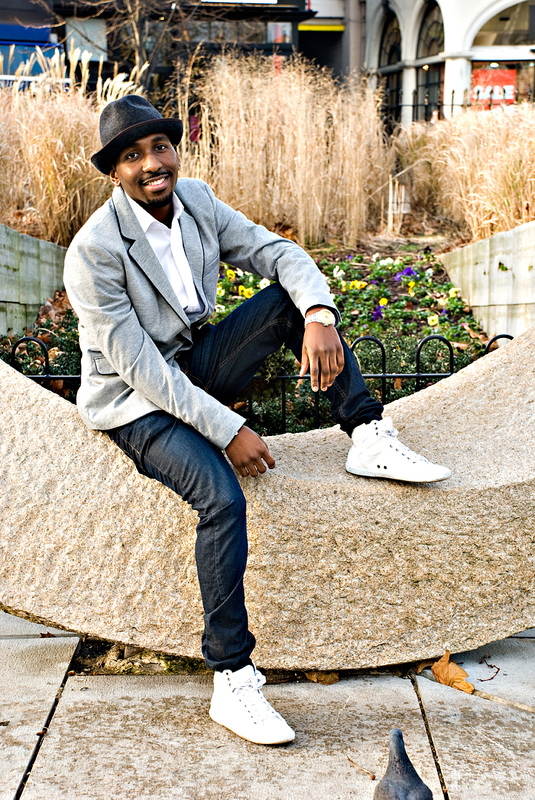 The inspirational speaker that turns young people into entrepreneurs. Junior is a multi-award winning business starlet and author of the revolutionary book, “how to be a student entrepreneur”. During university he launched successful ventures, creating significant social impact. His inspirational messages have pioneered the current “student-entrepreneur” buzz across the UK.

Junior first stepped into the business scene at age 17, just before going into University to study a BSc in Economics at Queen Mary, University of London. He made it his personal goal to raise enough to payoff his student fees. By graduation, not only did he achieve this; but he also owned a football coaching academy operating in schools and communities across London. He had also launched a publishing company that produced several magazines, ran numerous other ventures and was recognised as one of the top 10 most outstanding black students in the UK.

At age 21, he completed his first book in 3 weeks and secured a publishing deal. The book is now being sold in 5 countries and has received raving reviews for the impact it has had towards changing the lives of thousands.

Junior chose to become a social entrepreneur because he believes they are pivotal to understanding and improving today’s society, in order to perhaps shape and influence a better tomorrow. He has appeared on TEDx and national TV across Africa. Now, he continues to travel around the world sharing his principals of success.

If you get the privilege to see him live, just brace yourself for a dynamic and interactive workshop where you will learn profound knowledge on success and entrepreneurship. Many have described the central theme of Junior’s message as “life transformational” and the ‘maximisation of individual potential”. His inspiring message is relevant to all age groups to fit whatever challenges you’re facing.
view full list of recent awards and honours
READ HIS EXCLUSIVE INTERVIEW WITH WIRED MAGAZINE